Metro FM on-air personality Mat_Elle is one of the exciting voices to watch out for on the airwaves.

Real name Nthabeleng Matela, the Afro-tech DJ was born and raised in a small mining town of Carletonville, western Johannesburg.

But growing up the future of the self-confessed academic overachiever, with a strong passion for sports, looked completely different. The 31-year-old star almost had a career as a professional athlete, but a sports injury kept that from happening.

“I went to Westfields Primary School… that was an exciting time of my life. Back then I thought I was going to be a professional athlete. I then went to the High School for Girls Potchefstroom, where I received my provincial colours for the sports I participated in,” she recalls.

“In 2007, I represented SA in Botswana. I also went to the African Youth Games in France… during my time in France, I got a knee injury after I attempted to do a long jump. I did go for physiotherapy, but unfortunately, that’s where my sporting career pretty much ended.”

Although Mat_Elle had a keen interest in the arts and the creative industry, after matric she was granted a bursary and studied BCom in economics.

However, the radio bug bit and she launched her airwaves career with a graveyard slot on campus station, Tuks FM. She juggled it with a full-time job as a data analyst in Johannesburg.

“I worked as a junior analyst. I remember how I’d knock off in the early hours of the morning from my midnight show, drive to my house and then get ready for work,” Mat_Elle shares.

“I used to disappear during lunchtimes to take a nap – that’s what I was willing to do in order to hone and perfect my skills as a radio personality.” 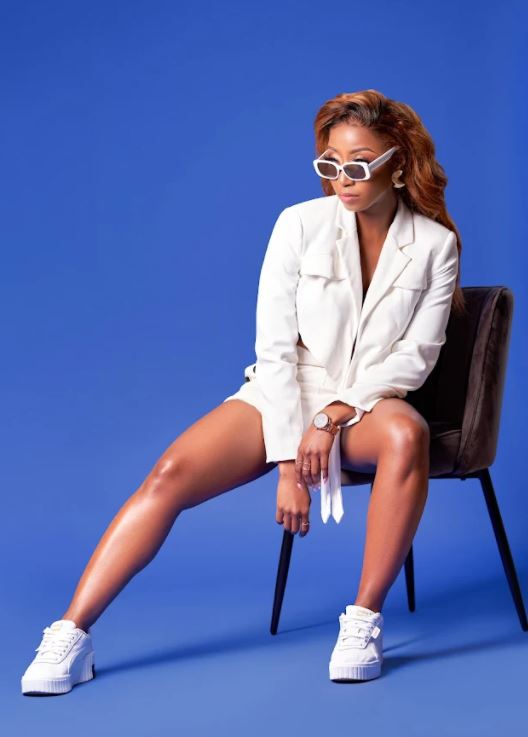 Eventually, Mat_Elle took the decision to quit her well-paying job in order to focus on her craft as a broadcaster. She had a saving plan in place that she thought would carry her through, but she wasn’t prepared for how tough it all was in practice.

“Financially it was tough. I had depleted all my savings. I almost lost everything because I worked for free… some of my family members were also concerned about the drastic decision I made but I knew deep down that I was making the right move,” Mat_Elle says.

“I also remember changing jobs quite often because I was in search of something; I always knew the truth that I had a calling over my life to speak into the lives of people.”

Mat_Elle’s big break came in 2020, a year she describes as “the year of many firsts”.

“I got to do my first show on a commercial radio show [Metro FM]. First time winning a radio award for Best Drive Time Presenter for Tuks FM  and it was my first time DJing live on radio and television,” she says.

“I also got to host a television show [TheGetTogetherExperience on SABC 1] for the first time. So, all my efforts to get into the broadcasting industry were quite tough, had sleepless nights but I am now glad my life has fallen into place.”

Mat_Elle now hosts Metro FM weekend show The 4am Club (4am-6am). She usually stands in for Dineo Ranaka on The Bridge.

Between December 20 and January 13, she has been hosting The Holiday Fling between 6pm and 7pm from Mondays to Thursdays alongside DJ Sabby.